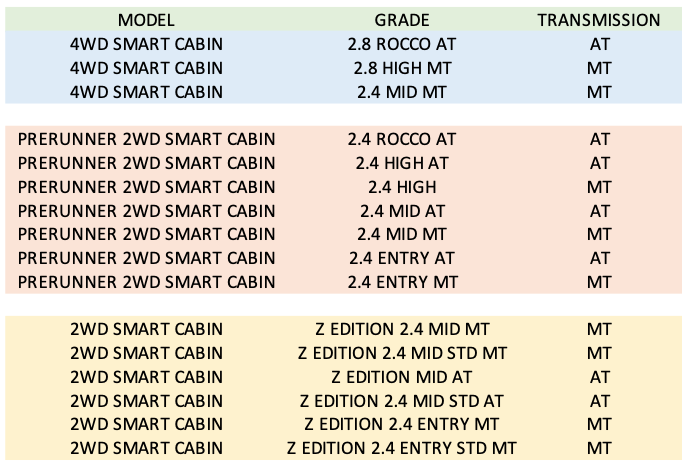 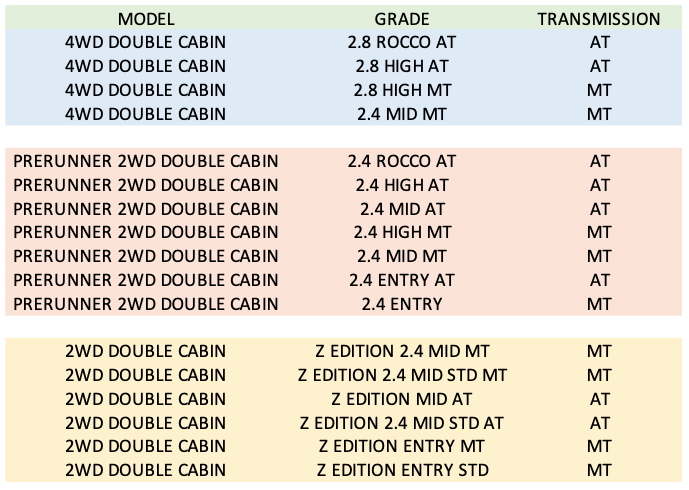 Toyota Motor Thailand Co. (TMT) was set up in 1962 and began

producing the Toyota Publica and Tiara cars, and the Stout, Dyna, and DA trucks in 1964.In 1979 Toyota began making pressed body parts in Thailand, and in 1989 they began manufacturing engines locally In 1996, in response to stiff competition from imported South Korean cars, Toyota introduced the Tercel-based Toyota Soluna in Thailand. The Soluna has also been exported to other ASEAN countries. After the 1997 Asian Financial Crisis, the ASEAN markets contracted severely and TMT changed their focus to exports. Nevertheless, they remain mostly an import-substitution operation and their main export market beyond Southeast Asia is Oceania. In 2005, Toyota established a research and development center in Thailand. Toyota currently builds a wide range of cars in Thailand, from the Yaris to the Fortuner SUV.

The Toyota Hilux (also stylized as HiLux and historically as Hi-Lux) is a series of light commercial vehicles produced and marketed by the Japanese automobile manufacturer Toyota. The majority of these vehicles were sold as pickup truck or cab chassis variants, although they could be configured in a variety of body styles. Most countries used the Hilux name for the entire life of the series, but in North America, the Hilux name was retired in 1976 in favor of Truck, Pickup Truck, or Compact Truck. In North America, the popular option package, the SR5 (Sport Rally 5-Speed), was colloquially used as a model name for the truck, even though the option package was also used on other Toyota models, like the 1972 to 1979 Corolla. In 1984, the Toyota Trekker, the camper version of the Hilux, was renamed the 4Runner in Australia and North America, and the Hilux Surf in Japan. In 1995, Toyota introduced a new pickup model, the Tacoma, in North America, thus discontinuing the Hilux/Pickup. The 4Runner is now a full SUV, and the more recent models of the Hilux are separate in appearance from the Tacoma. 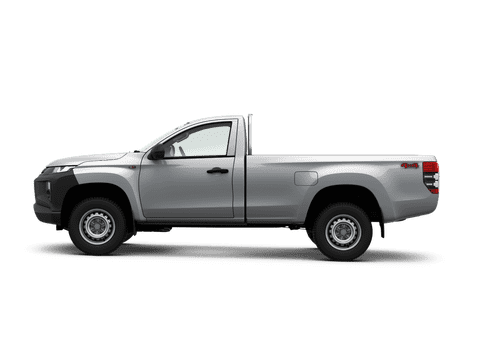 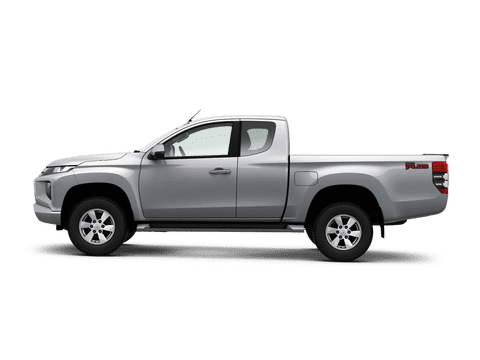 Mitsubishi Motors (Thailand) Mitsubishi Motors has had a presence in Thailand since 1961 Mitsubishi Motors (Thailand) (MMTh) is headquartered in Pathumthani, just north of Bangkok. Their flagship product is the Mitsubishi Triton (L200 in many markets) pickup truck, which is built exclusively in Laem Chabang and is exported to more than 140 global markets.The sixth generation of the Mitsubishi Mirage is also produced exclusively at the Laem Chabang plant.Mitsubishi had originally made Thailand their global hub for pickup production in 1995, after having become Thailand's first vehicle exporter in 1988. This focus on global exports was of considerable aid to MMTh the tight years after the Asian financial crisis, when the local markets collapse. The company targeted five million production units by 2018 which it has achieved. 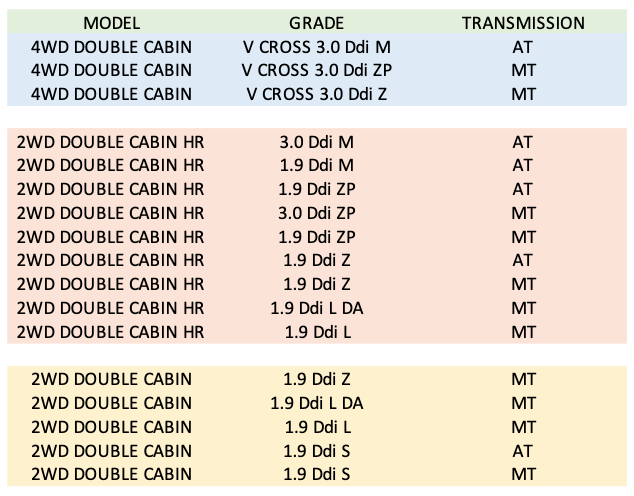 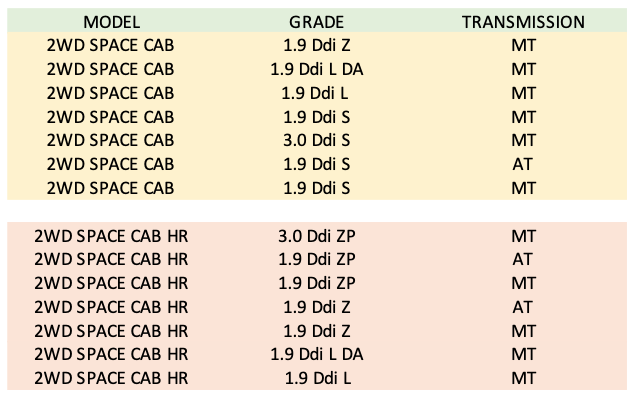 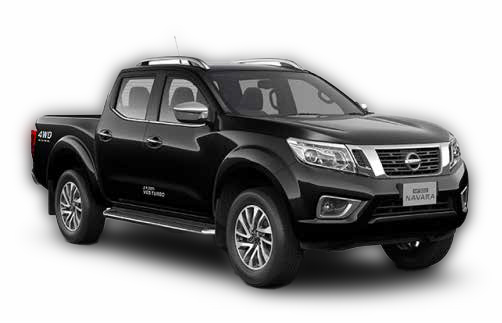 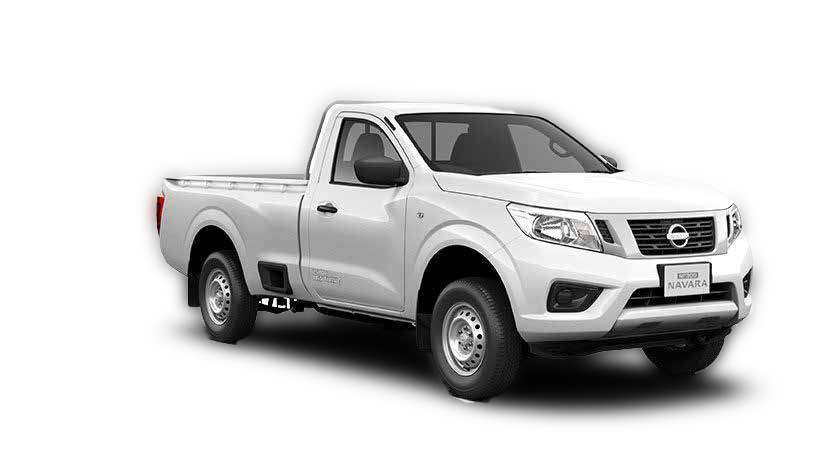 One local specialty is the Nissan NV, a tiny pickup truck based on the Y10 Nissan AD Van. This was also later developed into a double cab, four-seater model. In April 2009, the company's name was changed to Nissan Motor (Thailand) 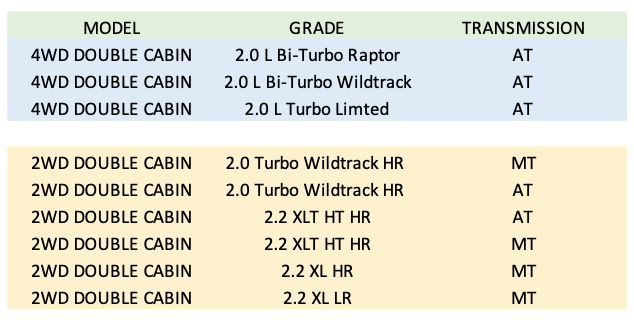 As of 2017, the Thailand automotive industry was the largest in Southeast Asiaand the 12th largest in the world. The Thailand industry has an annual output of near two million vehicles (passenger cars and pickup trucks), more than countries such as Belgium, the United Kingdom, Italy, Czech Republic, and Turkey.

Most of the vehicles built in Thailand are developed and licensed by foreign producers, mainly Japanese, American and Chinese but with several other brands as well for CKD production, notably BMW and Mercedes. The Thai car industry takes advantage of the ASEAN Free Trade Area (AFTA) to find a market for many of its products. Thailand is one of the world's biggest markets for pickup trucks with over 50 percent market share for one-ton trucks.